CAEH President & CEO Tim Richter presented to the Standing Committee on Human Resources, Skills and Social Development and the Status of Persons with Disabilities (HUMA) today. Read what he had to say about ending homelessness once and for all in Canada, below. 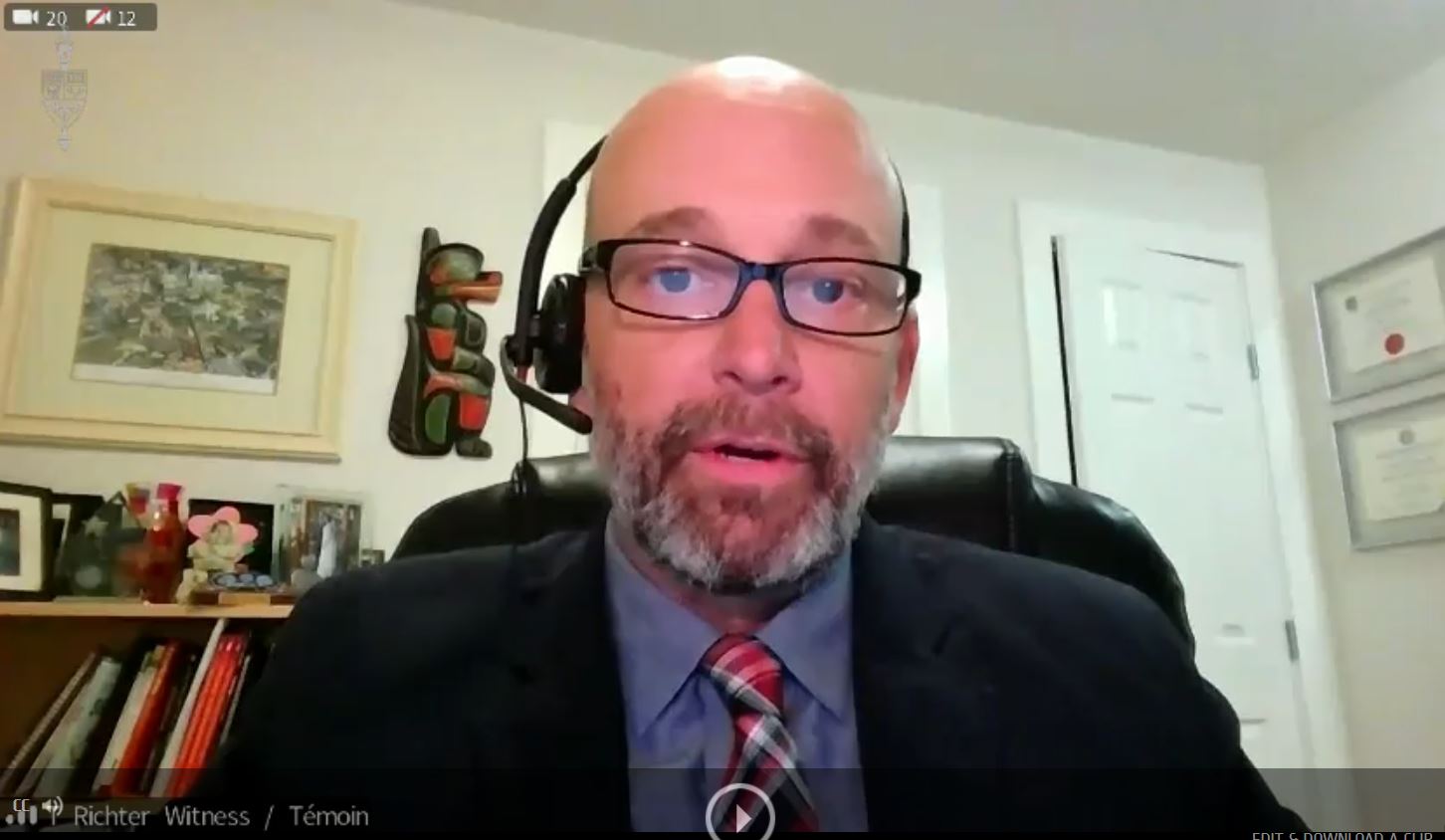 Good afternoon. Thank you for this opportunity to speak with you today about the federal government’s response to COVID-19, specifically as it relates to homelessness.

I’m going to speak briefly about the federal emergency response to COVID-19 but I will focus more on the opportunity ahead of us to build a recovery for all.

Before COVID-19, we already had a disaster unfolding on our streets at the same scale as the biggest natural disasters in Canadian history. Each year, over 235,000 Canadians experience homelessness. We know that homelessness condemns people to an early death – erasing as much as 25 years off of a person’s life, killing untold numbers every year. Toronto’s homelessness memorial alone lists over 1,000 names.

This disaster is man-made – the mass homelessness we see in Canada today is the consequence of federal policy, specifically the elimination of federal affordable housing programs in the 1990’s and cuts to social transfers to the provinces. These cuts have been compounded by unchecked and pernicious market forces that have systematically stripped Canada’s rental housing market of hundreds of thousands of units of affordable housing.

We can end homelessness in Canada, once and for all. Big change is possible now. Will you join the Recovery for All campaign? Join us at recoveryforall.ca.

The irony in this is the cuts of the 1990’s effectively achieved no savings – they simply shifted costs into other parts of federal and provincial balance sheets like health care, justice and social services. Homelessness costs Canadians over $7 billion per year.

People experiencing homelessness are at significantly elevated risk from COVID-19 as a result of serious pre-existing health conditions, crowded living conditions and poor access to healthcare and more.

Since early March, there has been a mad scramble in homeless services to put in place measures to protect homeless people from COVID-19.

Toronto today is the epicentre of the COVID-19 pandemic in the homeless system. There have been approximately 500 positive cases in 14 outbreaks. To put this in perspective, the entire province of Manitoba had 297 cases.

But Toronto so far is the worst of it. That we haven’t yet seen large scale outbreaks and loss of life outside of Toronto is the result of several important factors including: incredibly rapid and heroic efforts by front line workers, expert health care leadership from the Canadian Network for the Health and Housing of People Experiencing Homelessness, the protection afforded by public health measures that kept most Canadians at home thus reducing the risk of transmission to people experiencing homelessness and frankly, people who are homeless fled shelters for the comparative safety of sleeping outside.

A critically important factor in the homeless sector’s ability to protect people was the responsiveness of the Government of Canada, and specifically of Employment and Social Development Canada and the Reaching Home Program. Minister Ahmed Hussen, Parliamentary Secretary Adam Vaughan and their officials should be specifically recognized and applauded. They were able to get urgently needed and flexible funding out to communities rapidly which has been essential in helping communities prepare and secure everything from personal protective equipment and staffing to hotel rooms for isolation, quarantine and social distancing.

But none of the emergency measures we have put in place are a replacement for a home, and we are by no means out of the woods yet. There are very real risks presented by re-opening of the economy, challenges remaining in sustaining protections over a longer term, and very real dangers posed by a second wave of the virus.

The time is now for us to not only act urgently to move people into housing as fast as humanly possible, but to build a recovery plan that creates a permanent and sustainable end to homelessness.

To that end, the Canadian Alliance to End Homelessness has put forward a 6-point recovery plan for ending homelessness. This plan includes:

1. A federal commitment (with timelines and targets) to the prevention and elimination of homelessness, with expanded federal investment in community-based homelessness responses building on the Reaching Home program including a national definition of homelessness and specific measures to address homelessness for Indigenous people, veterans, women, and people living in rural and remote communities.

As we’ve seen in the pandemic, federal leadership is essential and highly effective.

2. A national guaranteed minimum income to ensure those in greatest need have minimum financial resources to help them meet their basic needs and prevent homelessness when times are tough.

3. Construction of 300,000 new permanently affordable and supportive housing units over 10 years and enhanced rental support for low-income Canadians to address Canada’s housing and homelessness crisis. In creating new housing, priority should be given to people experiencing homelessness or those at greatest risk. We should look closely at an expansion of the Canada Housing Benefit to better support prevention of homelessness.

4. Meaningful implementation of the right to housing to surface and resolve inequities and systemic/structural breakdowns that contribute to homelessness and housing need. As the private sector well knows, when you listen to your customers and respond to their needs, you get much more efficiency and better outcomes. This is at the heart of the right to housing.

According to noted housing policy researcher Steve Pomeroy, between 2011 and 2016 the number of private rental units affordable to households earning less than $30,000 per year (rents below $750/month) declined by 322,600 units. Over the same period, federal and provincial affordable housing investments (mainly in BC and Quebec) added fewer than 20,000 new affordable units – so for every one new affordable unit created, at considerable public cost, fifteen existing private affordable units were lost.

If this trend continued to 2020, over 480,000 affordable rental units would have been lost. Following the pandemic, there is a very real worry this trend could accelerate making Canada’s housing crisis even worse

6. An adequately resourced, distinctions based, Urban and Rural Indigenous Housing and Homelessness Strategy that is developed and implemented by urban, rural and Northern Indigenous peoples and housing and service providers.

In every crisis there is opportunity. We have an opportunity to build back better. We cannot go back to normal – to a normal where over 235,000 different Canadians every year are homeless; where 1.7 million households live in substandard or unaffordable housing; where people are at life threatening risk for no other reason than a lack of a place to call home.

Homelessness is the direct result of past policy choices. It’s time to make better choices.

We know what to do and how to do it. We can follow the lead of communities like Edmonton, Calgary, Medicine Hat, Guelph, Chatham Kent, Dufferin, Durham and more who have all achieved large scale reductions in homelessness.

Investment in ending homelessness saves money. According to a 2019 report from the City of Edmonton, “Since 2009, more than 8,400 people have been housed and overall homelessness in [Edmonton] has been reduced by 43 per cent. In addition, these efforts saved an estimated $920 million in health and justice system costs.” Canadian studies have shown that for every $1 spent on Housing First programs, there are more than $2 of saving to health and justice systems.

Investing in housing creates jobs. Our proposal to build 300,000 new units of housing over 10 years would directly create at least 300,000 jobs and stimulate another 3 million jobs elsewhere in the economy.