What Budget 2022 means for ending homelessness

On April 7th, Minister of Finance, Chrystia Freeland, announced this year’s federal budget, highlighting housing affordability as one of its top three priorities. 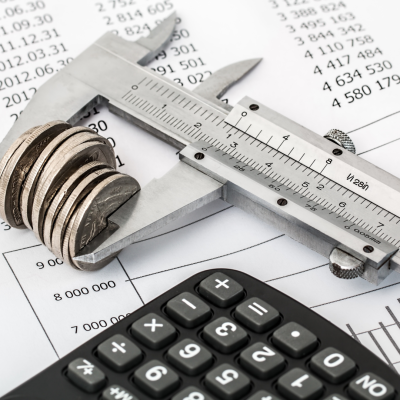 For the first time in recent memory (if ever) housing was the headline issue of the federal budget. Budget 2022 ushered in over $14 billion dollars in housing spending – fully one-third of all new spending. Housing was a focal point of this budget. This is a big deal.

Taken together with existing investments in the National Housing Strategy, Budget 2022 will help Canada take important steps forward to address Canada’s housing and homelessness crisis. However, the government still lacks a clear strategy to achieve the goal of ending chronic homelessness and the Budget most disappointingly did not go far enough to create an Urban, Rural and Northern Indigenous Housing Strategy.

It’s also worth noting that the National Housing Strategy still falls short of meeting the obligations of the government’s housing policy and the progressive realization of the right to housing as outlined in the National Housing Strategy Act. Federal obligations under the right to housing include at minimum that the housing strategy prioritize those in greatest need, that the strategy use maximum available resources, and sets timelines and targets for the elimination of all homelessness and reduction of housing need.

We’re pleased to see the extension of Reaching Home with a higher level of funding – $562.2 million over two years – as well as $18.1 million targeted towards conducting research to gain insight into measures for eliminating chronic homelessness.

A new Veteran Homelessness Program is also set to launch with an investment of $62.2 million over three years. This program is modelled on the US HUD VASH voucher program and is expected to offer funding for Housing First programs and rent supplements to veterans experiencing homelessness. This program extends the $45 million pilot project announced in the last budget which was created following a unanimous motion in the House of Commons in June 2019. This program could be very effective in preventing, reducing and ending veteran homelessness with important lessons on ending homelessness for other populations.

Under Budget 2022, the federal government proposed some important new investments, reallocation of funds and changes to programs under the National Housing Strategy.

Budget 2022 included a two-year, $1.5 billion extension of the Rapid Housing Initiative and the largest investment in co-op housing in over 30 years with a $1.5B investment from the Rental Housing Construction Initiative. The budget also moved forward $2.9 billion in the National Housing Co-Investment Fund from later years.

To end homelessness and address Canada’s housing crisis, the government will need to more than double the number of units the National Housing Strategy seeks to produce to a minimum 300,000 deeply affordable units including at least 50,000 Permanent Supportive Housing units.

Just as important as the number of units produced, is the affordability of the units produced. As the National Housing Council pointed out in a research report released last month, not only are biggest national housing strategy programs (the Rental Housing Construction Initiative and the National Housing Co-investment Fund) not producing enough units, but the vast majority of those also produced are not affordable to people experiencing homelessness or core housing need. Reforming these programs to produce more and more affordable units will be key for preventing and reducing homelessness. It was encouraging to see the government acknowledge these challenges with modest changes to the RCFI and a promise to review the co-investment fund.

One of the largest investments in the budget was $4 billion to the Housing Accelerator Fund. This accelerator fund is designed to incentivize municipalities to speed up the creation of new housing supply. Municipal governments play a vital role in the creation of affordable and supportive housing – they can either accelerate affordable and supportive housing (through land acquisition, funding, zoning and/or development easement) or they can be a barrier (adding costly taxes, development fees and other requirements or processes that bog down the permitting process). Affordable and supportive housing development is very sensitive to municipal policy so it was good to see an acknowledgement of the vital municipal role with specific mention that the accelerator fund would also be designed to incent affordable housing supply.

First steps on the financialization of rental housing

The budget included an important announcement of a federal review of financialization with a commitment to “potential early actions … before the end of the year”.

This is a critically important commitment as the National Housing Strategy won’t successful if affordable rental housing is lost many times faster than it can be replaced (and the amount produced is already far less than what is needed).

Over 85 percent of Indigenous Peoples in Canada live in urban centres and experience wildly disproportionate levels of core housing need and homelessness. For years, the government has promised an Urban, Rural, and Northern Indigenous Housing Strategy but those promises haven’t translated it into action.

Budget 2022 proposes to invest $300 million over five years through the Canada Mortgage and Housing Corporation to co-develop and launch a long overdue Urban, Rural, and Northern Indigenous Housing Strategy.

Parliamentary committees, the Parliamentary Budget Officer, organizations like the CHRA’s Indigenous Caucus and the National Housing Council have all called for investments in the range of $1.5 to $2 billion per year to address the critical housing needs of Indigenous People’s living in urban, rural and northern communities.

Budget 2022 makes important investments in housing and homelessness. It was good to see a federal budget so focused on Canada’s housing crisis. Taken with previous investments in the National Housing Strategy, these investments can only be seen as good news – with the notable exception of a missing Urban, Rural and Northern Indigenous Housing Strategy. We are still a long way from ending homelessness and achieving the progressive realization of the right to housing but the government is continuing to make solid progress.

PREV
Bright Spot: Brantford-Brant rapidly implements a By-Name List and Coordinated Access System despite COVID-19’s challenges
NEXT
Welcoming a new Co-Chair to CAEH’s Board of Directors