Coordinated Access and major reductions in chronic homelessness are in progress for this Built for Zero Canada community who has made a ‘non-negotiable’ commitment to ending chronic homelessness. This blog is a part of our Bright Spot series highlighting outstanding work in ending homelessness happening across Canada. 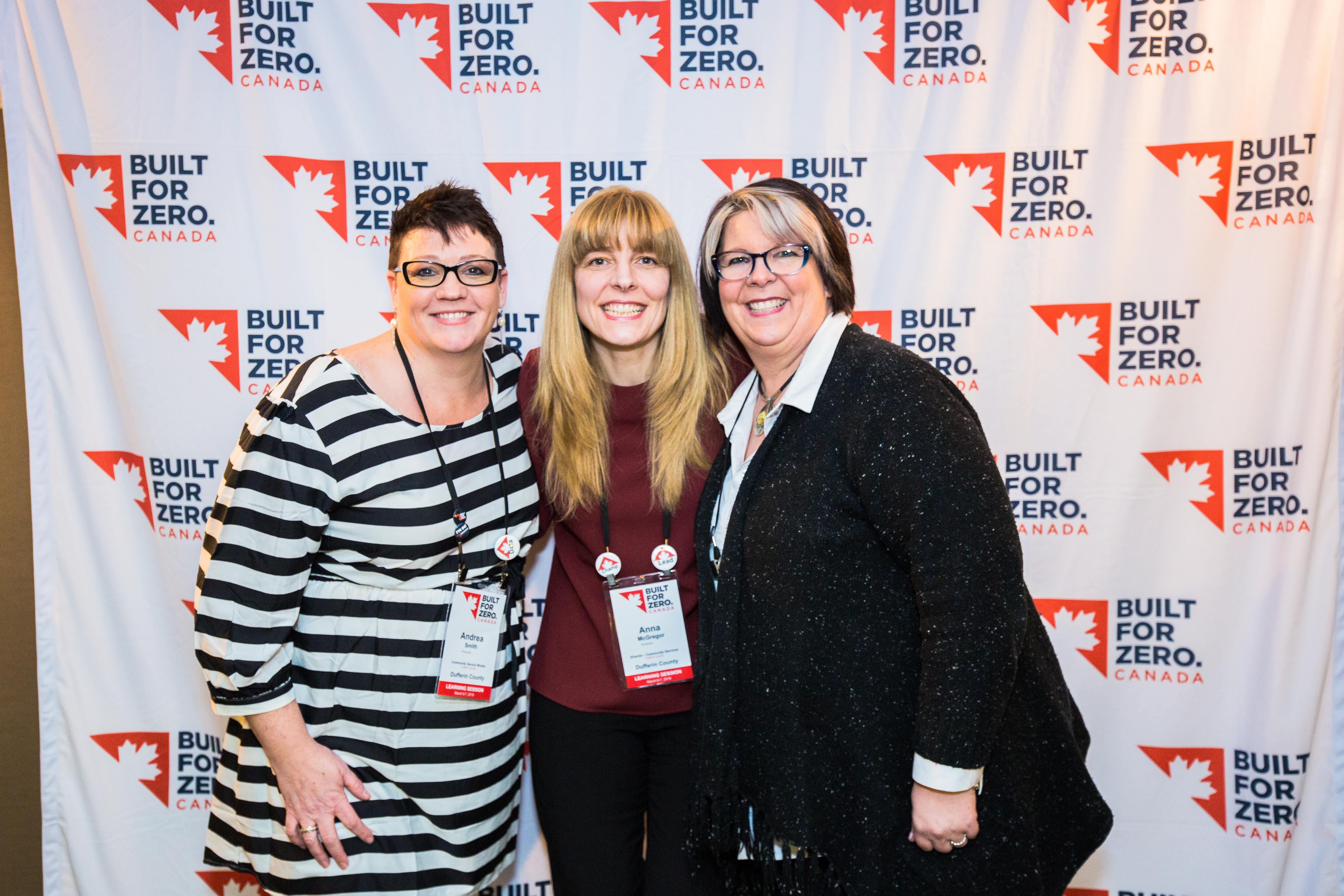 This central Ontario community of over 61,000 people has committed to ending chronic homelessness, and they’re “non-negotiable” about it, according to Anna McGregor, Director of Community Services. Built for Zero Canada (BFZ-C) recently confirmed Dufferin County’s Quality By-Name List, which is a real-time list of all people experiencing homelessness in a community.  It includes a robust set of data points that support Coordinated Access and prioritization at a household level and an understanding of homeless inflow and outflow at a system level.

“We need to have a better understanding of what we’re doing so we can see progress,” Anna says. After pushing and working with the community to prioritize Housing First years before being mandated to do so, it became clear quickly that it was challenging to implement Housing First fully without a BNL. “Housing First comes after the BNL, it’s a part of the system.”

“This idea of doing a count, knowing everyone by name, creating a BNL, working with the BNL to create Coordinated Access with agencies, holistically doing wrap-around services for a client and being able to say to a client they have support—that’s what true Housing First should be.”

A BNL’s real-time actionable data supports triage to services, system performance evaluation and advocacy (for the policies and resources necessary to end homelessness).

But it was a lot more than just starting from scratch.

Anna says they fought hard to get specific funding from the Government of Canada’s Innovation Fund with the purpose of bringing in HIFIS. Once the funding was acquired, the next big step was introducing it, educating folks on how to use it and then introducing the BNL. “That’s all been happening at the same time,” Anna adds.

“We worked together, we knew what we needed to do, and we set the dates and made them non-negotiable,” she says. “And then we told people it was happening.”

The team has an advantage because as the municipality, they’re the main funder for all the homeless programming in the county. “We have a certain level of authority and we don’t very often exercise that, but we decided we were going to exercise it this time,” Anna notes.

“We were waiting for the right time,” she says. “When the federal government came out and mandated Coordinated Access, and we had just started with HIFIS, everything just aligned.”

Dufferin was an early adopter of this movement, signing up first for the 20,000 Homes Campaign the precursor to BFZ-C. And the connection proved worthwhile because the resources and the plan helped them find a place to start.

As a BFZ-C community, the Dufferin team has also received extra help and instruction that supported them to get to a quality BNL. “We have found the support invaluable,” Anna says. “The amount of times we go back to the table to say we’re part of a national movement, because as such a small community we otherwise have no real voice.”

With 19 people experiencing chronic homelessness on the list, Anna says that they can now prioritize and find them appropriate housing, which all comes from understanding and utilizing the data.

Find out more about building a BNL by visiting the Built for Zero Canada By-Name List Resource page: click here. 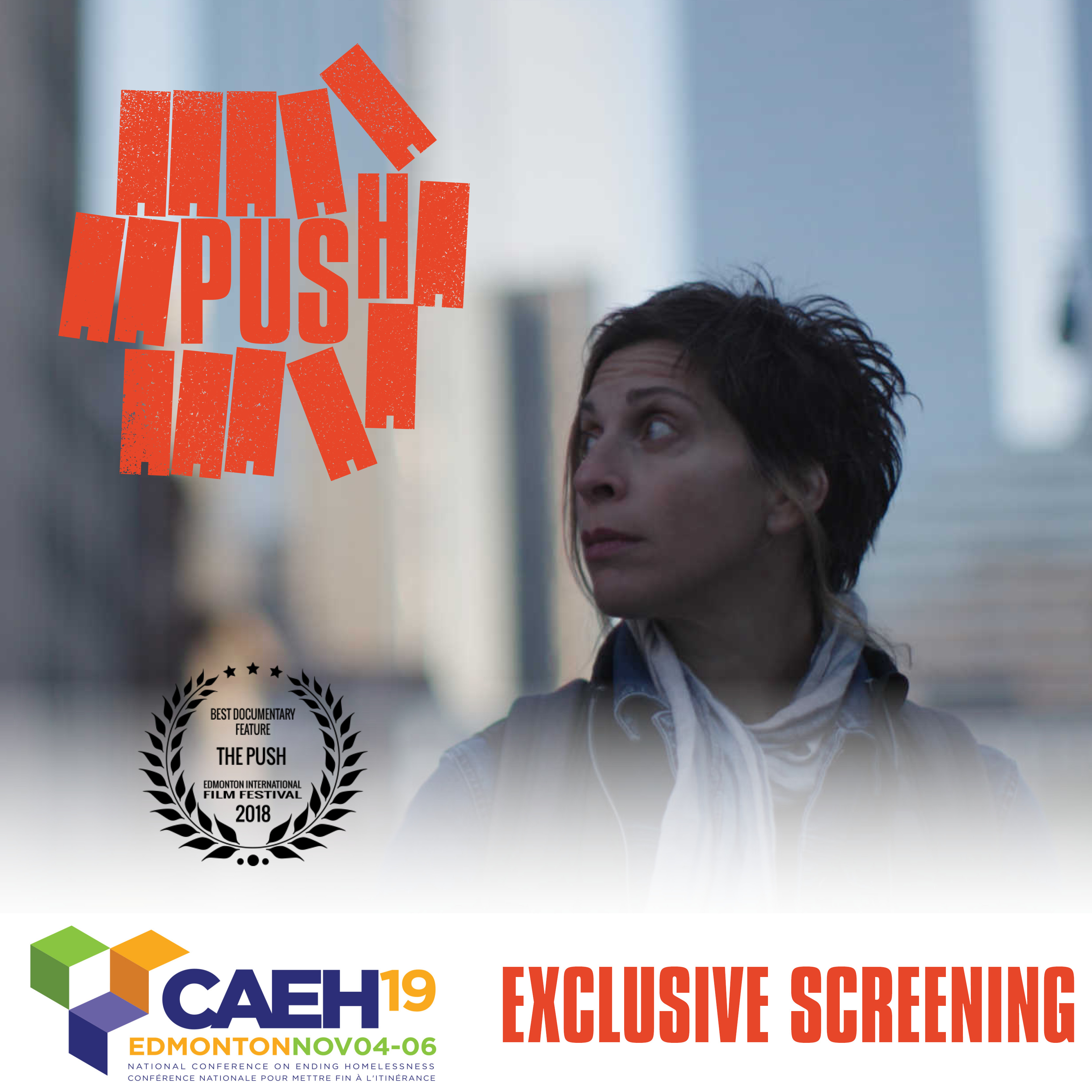 Alberta’s 7 Cities on Housing and Homelessness, along with the Canadian Alliance to End Homelessness, are hosting a special screening of the documentary PUSH at CAEH19 on November 5, 6 p.m. reception and 7 p.m. program.

For more information and to get your tickets, click here.

Synopsis: Housing prices are skyrocketing in cities around the world. Incomes are not. PUSH sheds light on a new kind of faceless landlord, our increasingly unliveable cities and an escalating crisis that has an effect on us all. This is not gentrification, it’s a different kind of monster. The film follows Leilani Farha, the UN Special Rapporteur on Adequate Housing, as she’s travelling the globe, trying to understand who’s being pushed out of the city and why. “I believe there’s a huge difference between housing as a commodity and gold as a commodity. Gold is not a human right, housing is,” says Leilani. Learn more about PUSH, the Film.