‘Back into the circle’: Q&A with Jesse Thistle

We catch up with Jesse Thistle, the newest Board member of the Canadian Alliance to End Homelessness. He tells us about his new memoir, defining Indigenous Homelessness and his journey from surviving the streets to helping people off them. 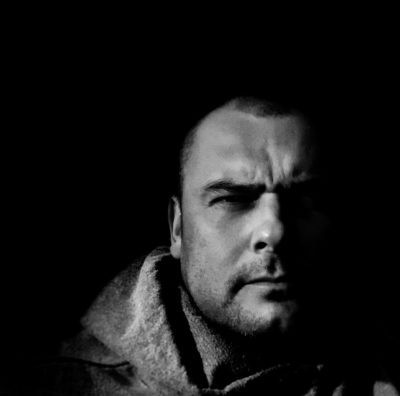 Jesse Thistle is Cree-Metis on his mother’s side and Scottish and Algonquin on his father’s side. Jesse is a P. E. Trudeau and Vanier Scholar, as well as a Governor General Silver Medalist. He is a Ph.D. Candidate in History and is an Assistant Professor, both at York University, in the Department of Equity and Disabilities, where he teaches Metis Studies.

His most recent work is a memoir published by Simon and Schuster entitled From the Ashes, where he details his life story from childhood to his rise from homelessness to becoming one of the country’s leading scholars.

We caught up with Jesse as he officially joined the Board of the Canadian Alliance to End Homelessness, where he will help shape and guide the organization’s future.

Question: What role do homeless agencies and homeless services play in the machinery of colonization?

Jesse Thistle: A lot of faith-based organizations are part of the problem. They have to get away from—and I know their core beliefs are rooted in Christianity or whatever faith—bringing proselytization efforts into the professional work space where clients are being served. It’s a very social-gospel type of thinking that stretches back to early 20th century; it’s very destructive for Indigenous people who are already reeling under multiple layers of multiple dispossessions that tie directly back to faith-based organizations like residential schools, day schools, sanitation programs. So, it creates a really distrustful environment for Indigenous people to be in and is also spiritually unhealthy for a lot of Indigenous people who are trying to reconnect with aspects of their culture.

I remember when I was homeless, I had to go to chapel before eating at certain shelters and, for me as an Indigenous person, it was actually harmful because I needed to find my identity as an Indigenous person. It made me not want to use the service at all. Understanding that some colonial traumas have their roots in proselytization efforts and have assaulted generations of Indigenous people, people being served in institutions or by institutions trying to provide housing for those who are traumatized, it needs to be a trauma-informed approach first and foremost, and not focused on conversion, for all services delivered to Indigenous people. It has to be done by Indigenous people either educating staff or being staff themselves. We need to be reflected on Boards as well.

The CAEH is doing a good thing by putting me on its Board. We should, at all levels, reflect the population we’re trying to administer care or services too, right? If 40 percent of homeless people across the country are Indigenous, then all levels, from the Board to the executive, management and all the way down to frontline services should be 40 percent Indigenous—all the way up. It’s important because 1) we have the Indigenous way of knowing and understanding; 2) we understand colonial trauma and are sensitive to it; and, 3) we can come up with new solutions that haven’t been seen before. Unfortunately, a lot of people look at an issue through a western lens alone. They’re not doing it consciously, they don’t have the right tools to think the way an Indigenous person does about homelessness.

This is really about all the types of recent research on methodology and governance – housing and homeless scholars need to return to that way of doing things. I draw from the Chicago School of Human Ecology, they used to go interview people and talk to people about the issues happening to them and get answers from them directly. Because they know, right? We got away from that along the line in researching and advocating. But I’m hopeful. A lot of research being done now in homelessness involves going out and talking to people.

Q: How should we be interpreting or responding to the MMIWG report and the Truth and Reconciliation Commission? What advice do you have for agencies wanting to play a role in Reconciliation?

JT: I know when homeless women and men who are Indigenous, they come in contact with certain service providers, there’s a silo of funding that restricts immediate care.

I’ll give you an example: Say a woman is fleeing a domestic abuse situation on reserve, runs to the city, and tries to get help through social services. They say to her, ‘Well, you’re a federal responsibility,’ basically, and to talk to federal service providers on reserve. But she can’t because where she’s coming from they’re not going to fund her because she left her home on reserve. If she does go back and talks to them they’ll say, ‘You’re living in the city now, you should be talking to social services or the province.’ She’ll be tossed around with nowhere to go until she falls between cracks. And her family becomes homeless and vulnerable to whatever is happens in street life.

I’ve seen that played over and over and over, not just women, either, but Indigenous men and youth. In the process, they become exploited, or become addicts or are trafficked. It all stems back to siloed services and the way funding is administered. We need to break down these silos and deliver care based on immediacy and not jurisdiction.

Q: Tell us about the upcoming release of your memoir, From the Ashes: My Story of Being Metis, Homeless, and Finding My Way.

JT: It happened by accident. It wasn’t something I had planned.

I went through university, from the jail system and on the streets, through health care as well. Just years of addiction led to a bunch of poor choices. When I was in jail, I just tried to better myself. Part of that was getting my education, just do my best, and to continue to do that all the way through to university. I ended up winning all these major awards. I was just doing what I had learned in rehab. With the support of my wife and other good people around me, I just kept doing that. I was approached by Simon and Schuster after they saw me in an article in the Toronto Star. They said, ‘Hey, your rise out of homelessness is remarkable.’ In rehab, they tell you to work through resentments and write down all the things that happened to you to make sense of it. I collected all of them over years. I had a blog and I sent that blog to Simon and Schuster. They said, ‘Yes, we want to publish your book.’ The book is a lot of loose blog posts, journal entries during AA fourth step stuff I was going through. And it happened all by accident. I told my story at the 2017 National Conference on Ending Homelessness and it blew the doors off: people actually wanted to hear this story.

To me, I was just trying to survive and get my education. It comes from a really earnest place, just telling my story, working with the editors to come up with my memoir. I’m nervous. It’s terrifying to share myself in this way but it might help people see some of the colonial drivers of homelessness, child services, loss of identity, justice systems, experimentation with drugs and alcohol, no sense of history or identity in Metis or Cree community. I don’t talk about these things explicitly, I talk about them as they’re happening to me, it’s in a nuanced way to talk about it. There’s no exposition—I don’t hold your hand and say: ‘this is this’ – but they’re all there. I believe people are smart enough to make their own mind up about stuff without someone telling them what to do about it. Through telling my story, my hope is that people understand I’m one of thousands of Indigenous people who’ve gone through something like this. We need to change the country: what’s driving Indigenous trauma, what’s driving incarceration rates of Indigenous men and women. We have a lot of broken systems and they’re producing these things.

I hope the messages people get from my book are understanding, love, community and connection. It’s the answer back into the circle. That’s how I got sober off the streets and found a home, ultimately. Through the love of my wife, the community that built around me in rehab and the community I met and became part of. And in looking up my family history.

JT: If you look at definition of Indigenous homelessness I wrote, it’s really about disconnection. Some of it’s metaphysical, the loss of spiritual and cultural identity, our names, kinship that Indigenous people have endured through systematic policy to displace Indigenous people from their lands or settlers crowding them out, taking land or shutting them out of settler society through racism and bias. If you look at the different dimensions: loss of spirit, loss of land, loss of culture, loss of sense of self, geographical separation for traditional territories, homelessness: if you layer them, you could get a read on who is going to end up chronically unhoused and how they’re chronically unhoused. The layers of those dimensions is what one Indigenous person is suffering. Once you start understanding the different dimensions, then you can start building programs around that person in a Housing First program. So, you take that chronically unhoused person and stick them into re-integration housing. This person is suffering from loss of culture, residential school trauma, loss of spirituality. You’re really understanding what’s driving that person’s homelessness and you can build better programs to help them off the streets. It’s giving you that clear picture why that person is where they are.

Q: What books are you reading? What podcasts are you listening to right now? Who are you following on Twitter? Who teaches you?

Q: Are there any final thoughts you would like to leave us with?

JT: I hope people buy my book, and I hope I can contribute in a good way that’s beneficial to the people who need the help the most: our relatives outside the circle. They are the ones whom I’m really working for. I want to help the person I once was and some people in my family are still out there struggling. It’s ultimately why I do what I do.

Jesse Thistle’s book, From the Ashes: My Story of Being Metis, Homeless, and Finding My Way is available this August, preorder your copy by clicking here. 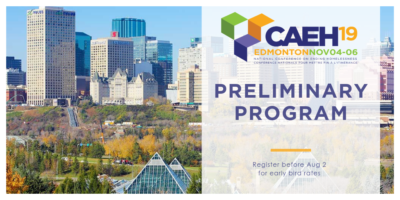 The preliminary program for the 2019 National Conference on Ending Homelessness is now online! #CAEH19 will be our best yet with a record 84 sessions across 10 streams.

Register before Aug. 2 to take advantage of our early bird rates!

PREV
Bright Spot: Chatham-Kent is getting to the bottom of its chronic homeless numbers
NEXT
Election 2019: Coalition calls for federal parties to address housing and homelessness