Housing is a human right! Recommendations from the CAEH to the federal consultation on the right to housing.

Michael Shapcott is a Director on the Canadian Alliance to End Homelessness’ Board of Directors. He is recognized as one of Canada’s leading community-based housing and homelessness experts and has worked extensively in Toronto, nationally and internationally on social innovation, the non-profit sector, civic engagement, housing and housing rights, poverty, social exclusion, urban health and health equity. Michael lead the CAEH’s participation in the federal government’s national consultation on a rights based approach to housing. 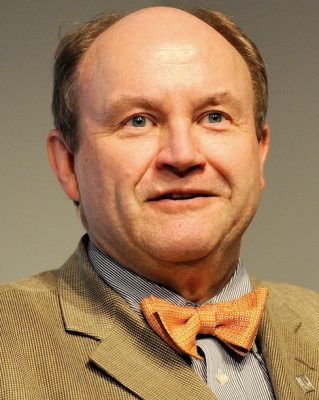 Housing is a human right! The federal government invited Canadians to tell them what we thought about embedding the right to housing in Canada’s National Housing Strategy (announced in November of 2017). CAEH and others joined in eight roundtables across the country.

One way to measure the success of a “listening exercise” is to consider whether the federal government’s language changed from the beginning to the end of the consultation. There is no question that officials from Canada Mortgage and Housing Corporation, and even elected officials, are now using stronger, rights-based language. That’s a positive sign.

Another way to measure success is to see whether rights-based language gets taken up in legislation, policies, programs and funding. In other words, will positive words be turned into powerful programs? The federal government was planning to release draft legislation, and other details, of the National Housing Strategy by the end of June, but the latest word from senior federal officials is that this may be delayed to the fall to allow for additional changes. This is good news as it signals that the feds really have been listening.

But we all have to continue to press all orders of government in Canada to honour their housing rights obligations. The Canadian Alliance will continue to press to ensure that the National Housing Strategy, along with the renewed Homelessness Partnering Strategy, fully complies with international housing rights. CAEH will work with our colleagues in communities across the country to ensure that everyone has a place to call home.

In our final submission to CMHC’s national consultation on a rights based approach to housing, CAEH joined with many other housing and homelessness groups in calling for a robust, rights-based framework for Canada’s National Housing Strategy. We specifically recommended:

The full CAEH submission to the federal right to housing consultation is here.

CAEH is fully committed to a rights-based approach in all of our work and, in particular, in three of our major national initiatives: the 20,000 Homes Campaign (with 44 participating communities and 14,500 people housed to date); Training and Technical Assistance (in more than 45 communities) to ensure strong delivery of Housing First programs; and, our annual National Conference on Ending Homelessness, which is the largest and most powerful gathering of people committed to ending homelessness in Canada.

In the range of our work, CAEH knows that we get better results when we listen to, understand, respond and fully engage people with lived experience of homelessness. That is at the core of the rights-based approach to housing – recognizing the fundamental dignity and value of everyone. CAEH also knows that the right to housing and rights-based approaches are already transforming Canada’s responses to homelessness, and these responses are achieving large-scale reductions in homelessness – we need look no further than the success of cities like Edmonton, Guelph-Wellington, Hamilton, Medicine Hat and the Region of Waterloo to name but a few.

PREV
11 Things to Know About the Report of the Advisory Committee on Homelessness
NEXT
Reaching Home? Canada’s New Homelessness Strategy.