Bright Spot: Yes! In My Backyard campaign rises up against NIMBYism

One Ontario community is combatting the pervasive Not in My Backyard sentiment with a movement of its own that calls on people to vocally support housing initiatives that will help end homelessness. This blog is a part of our Bright Spot series highlighting outstanding work in ending homelessness happening across Canada. 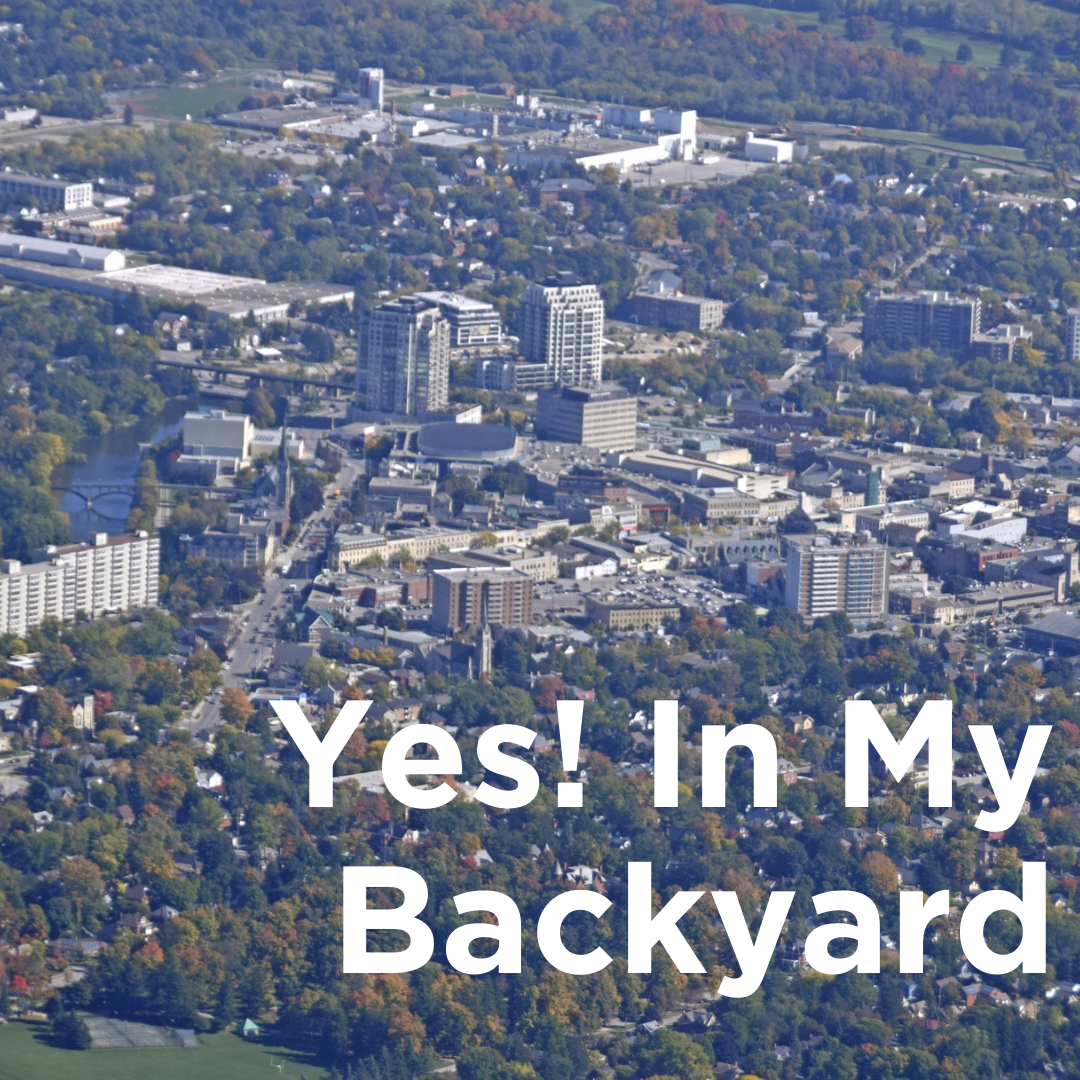 Yes! In My Backyard (YIMBY) Guelph – Wellington is a new campaign giving voice to the often silent majority who want to see homelessness ended with the necessary housing projects to do it—no matter where they are.

The Guelph & Wellington Task Force for Poverty Elimination launched the YIMBY campaign last December in a concerted effort to encourage community members to show their support for affordable housing projects and developments that meet the needs of community members who are low-income or experiencing homelessness.

Neighbourhood opposition to a housing development based on stereotypes, stigma, and prejudice—otherwise known as ‘Not in my backyard’ or NIMBYism—is too often based on a vocal and organized few who are successful in derailing or stopping solutions in their tracks.

“In the past, important projects in our community have been prevented from moving forward due to NIMBYism, so we learned from YIMBY campaigns in other communities,” says Dominica McPherson, Coordinator of the Guelph & Wellington Task Force for Poverty Elimination. “NIMBYism can stop a project from happening through preventing important planning approvals or through challenging political will to allocate necessary resources.”

“Saying ‘Yes in my backyard,’ is about accepting our community’s collective responsibility to make our shared space welcoming to everyone by helping to ensure that everyone has a place to call home that meets their needs.”

Right now, the campaign is focusing on rallying behind permanent supportive housing projects that will help the community’s plan to end homelessness by 2023.

Two such projects recently applied for rezoning, which is usually an opportunity for NIMBYism to show up and challenge the necessary planning approvals to move forward. YIMBYs worked with project proponents and partners, elected officials, community groups and neighbours to drown out the usual opposition based in discrimination and myths.

The result: a total shift in community thinking as well as unanimous support from city council—overcoming an otherwise significant hurdle in making these projects possible.

“We increased awareness of the planning process so people understand what was in scope (e.g. land use) and what was out of scope (e.g. how the building will be managed and who will live there),” Dominica says. “We offered YIMBY trainings and shared calls to action, tools for delegating and draft letters of support to make it as easy as possible for community members to participate in the planning process.”

The ongoing campaign is really about creating opportunities for community members to vocally say, “Yes, in my backyard,” and show their support for projects and broader advocacy efforts.

The strategy involves building a welcoming community where everyone can access the housing they need free of discrimination, encourages people to take action and show their support for safe and affordable housing, and builds the community support necessary to give elected officials the courage to do the right thing.

The campaign provides tools, resources, and training to support community members to participate in calls to action, advocate as part of the planning processes, and challenge discriminatory NIMBYism and toxic myths through increasing awareness and having conversations with friends, family, co-workers and neighbours.

And it’s taken off.

Within three days of soft launch, the campaign signed up more than 100 people. And in the last four months, 250 people have been trained—including elected officials and staff from all three levels of government, community members, and folks directly involved in proposed permanent supportive housing projects for people experiencing homelessness.

“We are fortunate to live in a caring and compassionate community, which has been reflected in the overwhelming support we’ve received for the YIMBY campaign in a short amount of time,” Dominica notes. “The campaign’s positive framing, human rights-based approach, myth-busting key messages and practical, easy-to-use tools have been effective at encouraging people to take action to challenge discriminatory NIMBYism and show support as part of key decision-making processes.”

Through providing tools to help people identify NIMBYism, challenge myths, and have difficult conversations, the YIMBY campaign is showing how, with hardwork and prep, anyone who supports an end to homelessness can make a meaningful difference.

Check out these amazing resources: